Conventional turbines operate by posing resistance to wind.  Well-established physical laws dictate that nearly half the available energy approaching an open-bladed turbine is diverted around the rotor face.  This lost energy generates turbulence instead of usable electricity.

Ogin Turbines are fundamentally different.  The mixer-ejector shroud system functions as a static pump that changes the pattern of airflow through and around the turbine. 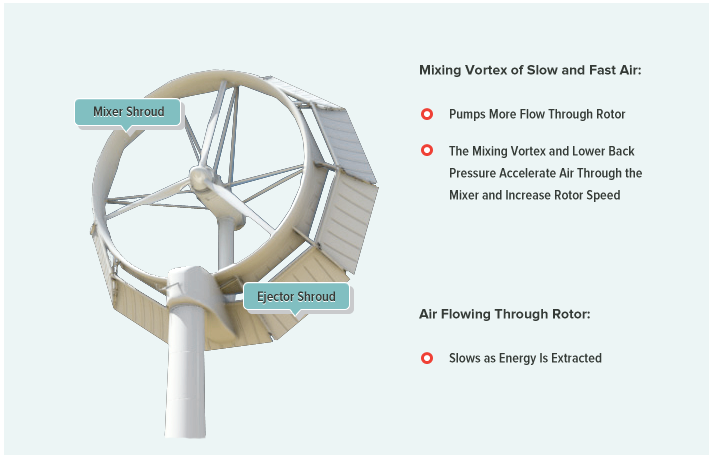 The Ogin Turbine’s design dramatically increases the efficiency of both individual turbines as well as close arrays of multiple turbines – reducing the total footprint for a project of a given power output. Lower, more compact arrays to meet local energy needs can fit into local landscapes with reduced impacts compared to traditional approaches.